by
LOGA
|
The voice of Louisiana's Oil and Gas Industry

Louisiana Oil & Gas Association President Gifford Briggs issued the following statement today in response to the announcement of a new deal between members of the Organization of the Petroleum Exporting Countries and other major producers like Russia, known as OPEC+, to reduce global oil production by just under 10 million barrels a day beginning next month.

“The OPEC+ deal may eventually help move the needle in the right direction, but the cuts announced Sunday fall far short of the meaningful measures that Louisiana’s independent oil and gas producers need to survive,” Briggs said.

“Our industry is on the verge of collapsing. This is a time for bold, decisive action, not small steps in the right direction. With tens of thousands of jobs and millions of dollars in tax revenue at risk, it is essential for policymakers at all levels of government to implement aggressive and immediate solutions to offset the expectation of prolonged shut-in wells, a massively oversupplied world oil market and the global shutdown of our economy.”

“At the federal level, we urge members of Congress to support a temporary elimination of offshore royalties in the Gulf of Mexico to prevent thousands of leases from being shut in,” Briggs said.

“At the state level, we urge Louisiana lawmakers to provide immediate severance tax relief and support legislation to address the government sponsored coastal lawsuits.  These important steps will let Louisiana energy companies stay in business, so they can keep people working and keep wells flowing.”

The plan by OPEC+ will slash 9.7 million barrels a day, or close to 10 percent of the world’s output, in May or June. The market responded to the news of a deal last Thursday with a drop in the futures price for West Texas Intermedia (WTI), signaling a belief that the cuts were not deep enough.

Global oil storage capacity is quickly becoming a threat, with many experts predicting that storage will dry up completely sometime in May. This threat has already become widespread reality in Louisiana where producers are being crippled by below-$10/bbl agreements and limited production sales for May crude deliveries.

“The futures market is not a true representation of what is happening on the ground here in Louisiana.  Companies simply cannot survive when they cannot sell the oil they produce, and what they do sell at such a low price. We need help!” 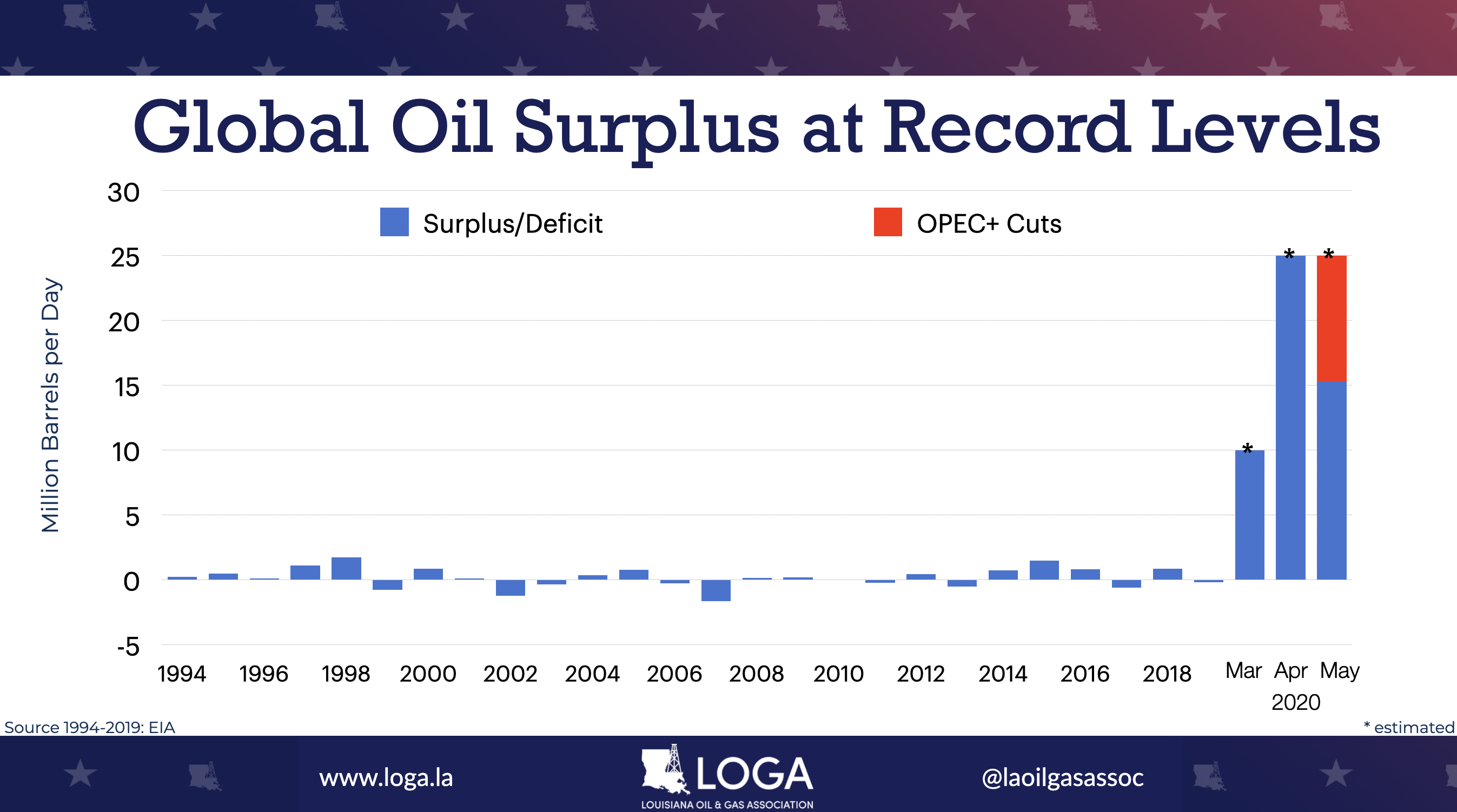